Did you know that the average data center uses more than 100 times as much energy as any other commercial facility of equivalent size? That’s mind boggling, but it clearly explains why energy efficiency is such a hot topic for companies in numerous industries. These buildings, dedicated to network servers, facilitate billions of online interactions every day, sorting and storing data that’s become essential to modern life in many lands.

With 20 sizeable data centers already operating across Connecticut and dozens more in the planning stages, we’re thrilled to be on the forefront of commercial HVAC installation, maintenance, and repair best practices for these power-hungry, vital facilities. 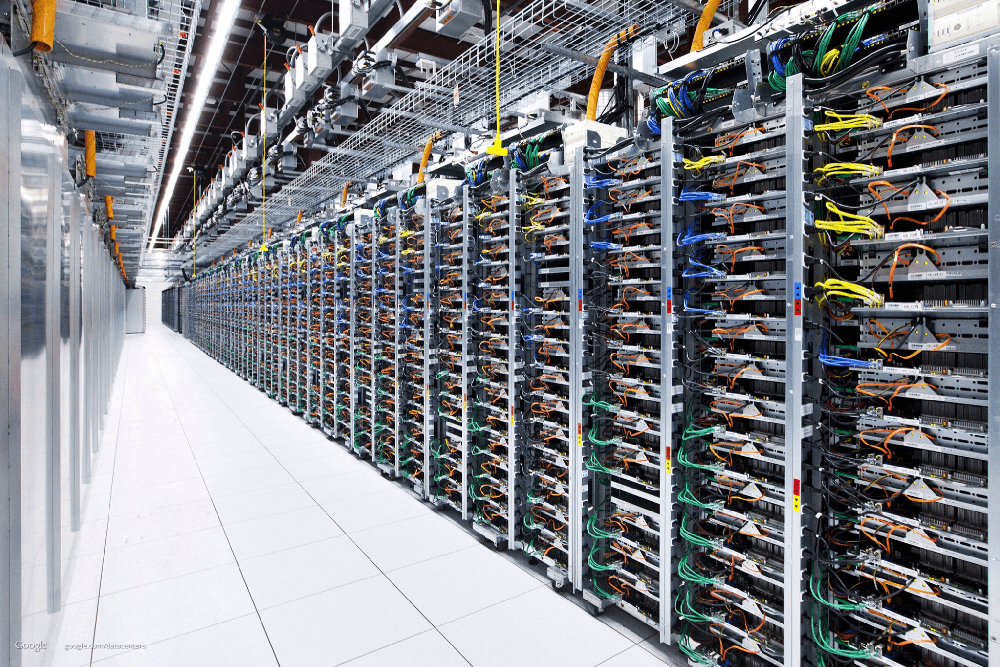 Why energy efficiency is so important to data centers

Downtime is not an option for data centers, which is why we consider them mission critical sites. After all, if even one server goes down, it can mean lost data, lost productivity, and other potentially costly issues for all the individuals and businesses relying on it. For a whole data center to be shut down due to a catastrophic HVAC issue would be a true disaster. Likewise, it’s not strategically viable to consider downsizing or slowing growth. Existing data centers must continually grow to meet demand, and new data centers are being built all over the world at an incredible rate.

By making data centers as energy efficient as possible, companies have been able to save thousands of dollars off their operating budgets while maintaining uptime. As an additional benefit, the good they’re doing the environment offers both tangible and intangible returns in the form of public relations, better customer satisfaction and loyalty, and happier, more engaged employees.

These financial and environmental benefits allow companies to continue scaling data centers to meet ongoing demand without creating an energy crisis or allowing costs to snowball out of control.

There are many ways to approach energy efficiency for a data center, including selecting the type, size, and configuration of stacks, power supplies, and cables. Another key factor in the equation is the way ventilation and cooling is installed, including the direction of the vents. In fact, the HVAC system in the average data center accounts for about 35% of its total energy usage.

In the following section, we offer some best practices for the installation, maintenance, and upgrading of HVAC for data centers with a goal of optimizing energy efficiency.

Basically, a hot aisle/cold aisle configuration involves arranging servers on their racks — and the racks themselves — so that exhaust vents blow all the heat the servers generate into the same central aisle and cooling fans all draw from a separate aisle. By isolating the aisles in this way, the equipment needs to work less to keep itself cool, since it doesn’t need to pull heated air from other servers in with its cooling fan. The system can be enhanced further by situating exhaust fans attached to the building’s ventilation system within the hot aisles and air conditioning output vents in the cool aisles, again keeping these complementary services separate from each other.

According to Pacific Gas and Electric Co. (PG&E), this one common-sense step toward energy efficiency “can reduce data center cooling costs by over 60% (when combined with an air-side economizer.)”

On the other hand, poor air management can reduce the capacity and efficiency of the cooling system by up to 50%, primarily due to common, resolvable issues in how the building was designed or built:

You might think this is simple common sense — and it is — but, because of the rapid growth required over the past 20 years, many older data centers have at least sections of the building where heat exhaust routinely mixes with cooled air, threatening to harm the equipment and forcing the cooling system to work much harder to keep the electronics at the appropriate temperature.

Installing an air-side economizer is another valuable way to improve the data center’s energy efficiency while maintaining optimal performance.

Essentially, an air-side economizer offers an efficient method of switching from artificially cooled air (which requires significant energy to cool) to utilizing air from outside the building if and when it reaches a temperature cool enough to do the job — which requires far less energy expenditure. Of course, in a data center, the air must be effectively filtered and humidified (or dehumidified if appropriate) to make sure it’s not going to harm the highly sensitive equipment.

By including powerful controls, for instance, the system can decide to switch off the artificial air conditioning and switch on the air-side economizer automatically the moment the system’s sensors note that the outside air is cool enough to do so.

Similarly, sensitive automated control systems can analyze and recognize a localized and temporary rise in temperature (such as a server overheating), as opposed to an urgent need to lower the entire building’s temperature. Variable speed fans and zone cooling can be used to limit a response to the area that needs it without wasting energy cooling other areas.

As an added benefit, modern digital control systems support in-depth analysis of energy usage data that can be used to pinpoint numerous ways to fine-tune a data center’s energy efficiency.

These three best practices are just the beginning of what’s possible when it comes to optimizing the energy usage of a data center. This is a skill set we’re proud to specialize in at ENCON, and we’d love the opportunity to discuss any HVAC needs you may have — with or without involving a data center — and help you determine where you can improve.

As a commercial building owner or facility manager, you need to be concerned about rising energy...

Does Your Commercial HVAC Boiler Need To Be Serviced?

When cooler weather hits, many building owners are focused on boiler performance to keep the...

No matter what industry you’re in or which business model you employ, the need to maintain your...