While it may not be top of mind, refrigerant management is an important topic. In fact, it can potentially mean the difference of tens of thousands of dollars on your commercial facility’s annual balance sheet, especially if your HVAC equipment is more than eight years old, but isn’t yet in need of replacing.

The purpose of this article is to give Connecticut area facility managers a solid grounding in what refrigerant management is, why it’s become so important of late, and the best way to approach the topic for your own commercial building.

A quick history of refrigerants

Man-made refrigerants (aka HFCs or HCFCs) were created decades ago and have been used consistently in both residential and commercial air conditioning, refrigeration, and freezer applications throughout that entire time. They are inexpensive and highly effective, so their popularity is understandable. The one drawback is that they’re extremely bad for the environment. Specifically, they helped create the hole in the ozone layer and contribute to the increasing level of greenhouse gases in the atmosphere.

As a result, starting about 20 years ago, many synthetic refrigerants started being phased out of use across the globe, replaced by environmentally safer alternatives. 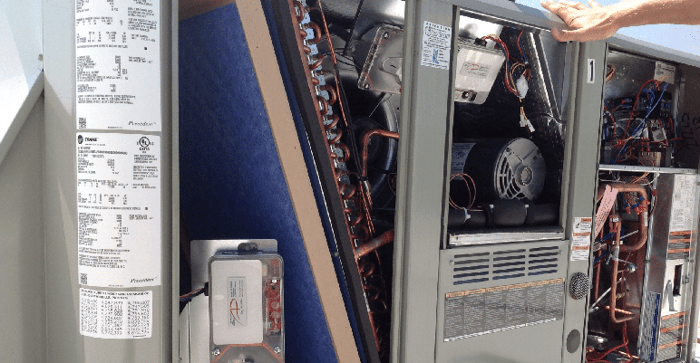 From the beginning of these phase-outs, the EPA (and its equivalent in other countries) extended them over a long period of time because they realized that demanding immediate large-scale retrofitting and/or replacement of millions of expensive commercial and residential HVAC systems and appliances would have had a detrimental effect on the economy.

One of the current examples of the challenges building owners are facing when it comes to refrigerant management, take the long-standing phase-out of R-22, also known as Freon.

For over 40 years, Freon was the most popular synthetic Hydrochlorofluorocarbon (HCFC) in use as a refrigerant earthwide. While the EPA originally announced its intention in 1990 to eventually eliminate all production and use of R-22, no official phase-out plans were created or described until 20 years later, in 2010. Of course, during those two decades, millions of compressors and chillers were designed and manufactured specifically to run R-22 refrigerant, and it wasn’t until 2013 that the EPA suddenly instituted a significant reduction in production.

Since then, the phase-out has been aggressive, aimed at a January 1, 2020 date on which no more new R-22 will be manufactured or imported into the United States. This series of events has created a classic supply-and-demand problem for consumers: As supplies have dwindled, the price of R-22 has skyrocketed from $10-$12 per pound just a few years ago, to as much as $50 per pound today. That price is going to continue to rise as 2020 draws ever closer.

Bringing the issue home to commercial facility managers and building owners, what if you purchased a brand-new commercial HVAC system in 2010 that runs on R-22, having no way of knowing that this phase-out was on its way or what that would mean for your operating costs? Now you have a perfectly good system that’s just 7 or 8 years old, but it costs five times as much to keep charged as it did when you bought it!

While the R-22 phase-out is probably the biggest and most immediate issue facing commercial facility managers when it comes to refrigerant management, the following simple principles should help with any similar issues going forward.

Whether you’re facing the R-22 phase-out directly, or just want to learn more about how your facility can better handle refrigerant management, the energy engineers and qualified technicians at Encon will be more than happy to help. Contact us with any questions or concerns.

As a commercial building owner or facility manager, you need to be concerned about rising energy...

What Does Sick Building Syndrome Mean for Your Connecticut Facility?

Did you know that there really is such a thing as Sick Building Syndrome? It’s true, and it could...

Every commercial HVAC system has an expected lifespan. In most cases, a quality system should last...